Which future for space tourism? 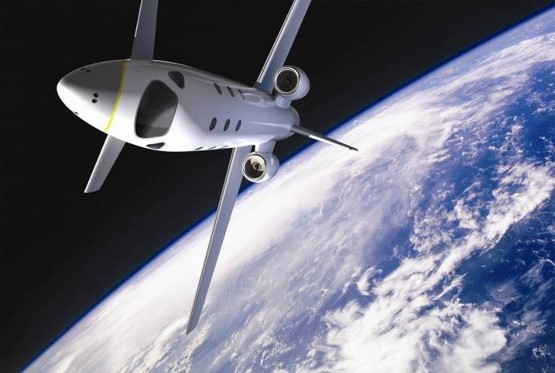 SpaceShipTwo’s crash in the Californian desert last week is going to delay for quite a few months the commercial launch of suborbital tourism. For how long? Only astrologists can answer that question, not data scientists.

It is however possible to predict the number of people interested to spend 250 000 dollars for a trip to the limits of the atmosphere, once the security of such a venture is guaranteed. I have no idea whether Virgin Galactic estimated the possible number of passengers for its Business Plan, but EADS did exactly that a few years ago. The European aeronautic company was indeed looking for a diversification of its business, particularly into suborbital tourism (actually not to be confused with spatial tourism, which is about going in the outer space and costs much more).

I had the chance to participate to that project: I was responsible for design the market research study and the modeling that predicted the number of potential suborbital tourists. Part of the study’s results were presented at the second IAA symposium on « Private Human Access to Space » in Arcachon in May 2011.

The main difficulty of the modeling is of course that this is a new market, without any connection to a reference category. When you forecast something, you would in general combine data collected at time t with a database, which is used to calibrate the forecast. Pollsters routinely ask interviewee whom they voted for at the previous elections, and calibrate the sample on actual results for these elections. Nate Silver uses in its model the spread observed in the past between actual votes and poll results. When it comes to the estimation of the sales of a new product, Bases, the Nielsen department which is the leader of the files, uses its vast database to link declared purchase intent to actual purchase behaviour.

A historical database combining behavioural and research data is useful for a simple reason: what interviewees say about what they are going to do is sometimes different than what they are really going to do. Hence the necessity to measure, over a large sample of product launches, the difference between intention and real behaviour, in order to predict what will happen for a new product.

But what about entirely new products, like suborbital tourism? No database, no previous launch of a similar product. We had to imagine an ad hoc model.

Even if the method we used was set up for the specific case of suborbital tourism, the principles behind won’t be a surprise for market forecast specialists: the interviewee had the choice between several possibilities, we asked quite a few attitude questions, we looked at previous behaviour in terms of luxury spending and high end leisure activities of the target population. And of course, we estimated various models under different assumptions (more than 80). The final forecast being the average of all forecasts.

The target population is very wealthy. In order to test the credibility of our forecast, we used the figures from the World Wealth Report. This study focuses on High Net Worth Individuals, i.e. people who have assets of more than one million dollars excluding their home. In 2013, there was 14 million of them. If only 0,1% would purchase a 250 000 dollars ticket, that would make for 14 000 suborbital tourists. Largely enough to cover the 2 billion investment on a reasonable period of time. Before the accident last week, Virgin Galactic said they had sold 700 tickets. I cannot disclose the forecast we had made 4 years ago, but nothing to be ashamed of.

For sure, all this was before the accident. Our study also scrutinised the motivation of would be astronauts, and possible barriers. The security of flights was an important one, of course. Much more so for Europeans than for Americans or Chinese (declarative bias?). We also tested possible environmental fears: no significant effect whatsoever….

In spite of the accident last week, all quantitative evidence points towards a bright future for suborbital tourism, once the security concerns will have been addressed.